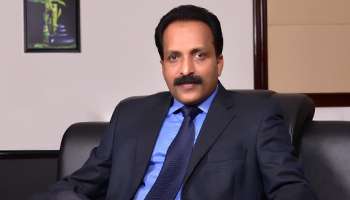 S. Somanath, a distinguished scientist, is the Director of the Vikram Sarabhai Space Centre since January, 2018. He also held the positions of Director of the Liquid Propulsion Systems Centre. While he was the Project Director of the GSLV Mk-III Launch Vehicle, their first experimental mission was successfully accomplished in 2014.

An expert in the area of system engineering of launch vehicles, he is also credited with the successful development and qualification of the CE20 cryogenic engine, the development of engines for Chandrayaan-2 and the electric propulsion system for GSAT-9.

S. Somanath took his B. Tech in Mechanical Engineering from TKM College of Engineering, Kollam, and Masters in Aerospace Engineering from IISc, Bangalore. He joined ISRO in 1985 and was a member of the PSLV development team.

A Fellow of INAE, AeSI, ASI and a member of IAA, he has travelled widely as a representative of India in UN-COPOUS and International Astronautical Federation (IAF). He is presently Vice President of the IAF and responsible for its technical activities.