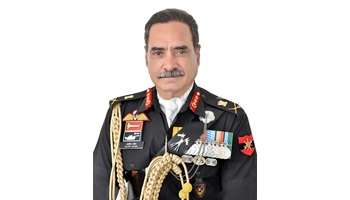 He was commissioned on 12 June 1982 into Armoured Corps and commanded
68 Armoured Regiment in Bathinda from January 2003 to October 2005. He Commanded 43 Armoured Brigade in the Patiala from September 2009 to February 2011 and then commanded 31 Armoured Division (White Tiger Division) in the Jhansi from November 2014 to December 2015 making him the only privileged General Officer to command the same Division as his father. The General Officer has also commanded the Kharga Corps from 13 January 2018 to 26 January 2019, and superannuated on 31 March 2021 after having been the General Officer Commanding -in- Chief of the South Western Command at Jaipur from September 2019 onwards. He was awarded Vishisht Seva Medal in the year 2015 and Param Vishisht Seva Medal in the year 2020, has also been conferred with the title of Honourary Aide-de-Camp to His Excellency Dr Ram Nath Kovind, the President of India in the year 2021.

The General Officer is married to Mrs Anu Kler. Blessed with two boys, Aiman Singh Kler is an associate with an International Law firm overseas and Aarman Singh Kler, 22 yrs follows his passion in the hospitality and culinary field.

The General is an avid environmentalist and wild life enthusiast. Physical fitness, one of the most important traits of a soldier is very close to the General’s heart and he believes in leading by example. He is a regular cyclist, fitness and sport enthusiast with his latest accomplishment being, becoming a skydiver as the Diretor General Military Training in 2019.