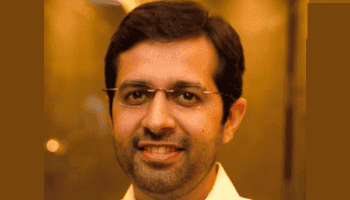 Mohammed Ali Vakil is the co-founder of Calm Achiever. He’s a Master Trainer & a Coach in the Getting Things Done methodology.

He was introduced to the GTD by his brother, Arif Vakil while working on their family business. GTD helped him to cope with the fast paced growth while remaining efficient and stress-free.

After experiencing the benefits, his company Vakil Housing became the first in India to get trained in GTD by the David Allen Company in 2008, and he became a GTD Trainer.

Practicing GTD allowed Ali to channel his love for art and spirituality by creating Sufi Comics. He began drawing spiritual comics and overtime has published 3 books, all of which have been nominated for awards.

He’s also founded the ILM Foundation with like minded friends, under which ILM Montessori is run. A school to nurture a generation of worthy successors of our generation.

Having experienced the benefits of GTD, his latest venture Calm Achiever focuses on training senior executives and entrepreneurs in the Art of Stress-Free Productivity with GTD.