Former Group President (HR and Corporate Services) and CEO (After Market Sector), Member of the Group Executive Board, Mahindra & Mahindra 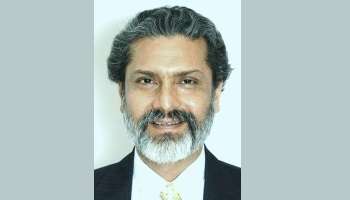 Former Group President (HR and Corporate Services) and CEO (After Market Sector), Member of the Group Executive Board, Mahindra & Mahindra

Rajeev Dubey currently serves as the Chairman of Mahindra Insurance Brokers Ltd, Mahindra Steel Service Centre Ltd and Mahindra First Choice Wheels Ltd, and is a Director on the Board of Fifth Gear Ventures Ltd.

He was earlier the Group President (HR & Corporate Services) & CEO (After-Market Sector), Member of the Group Executive Board, Mahindra & Mahindra Ltd when he retired from his executive role in the Mahindra Group on reaching the age of superannuation on 1st April 2020. He was then appointed Principal Advisor to the Group for a year.

Rajeev has had a distinguished academic background. He studied Economics at St. Stephens College, Delhi University, where he was ranked first in the University, and at the Delhi School of Economics, where he received a National Scholarship. He went on to do his MBA from the Yale School of Management, USA as a J N Tata scholar, and was selected as a Distinguished Alumnus of the School. He is a Professional Certified Coach of the International Coaching Federation (ICF), and holds a certificate in “Group Dynamics at the Board Level” from the Tavistock Institute, London.

He joined Mahindra & Mahindra Ltd. in January 2004 as an Executive Vice President and Member of the Group Management Board, after a career spanning 29 years in the Tata Group, which he joined in 1975 as a member of the TAS, the central managerial cadre of the Tata Group. He spent 21 years with Tata Steel, and the next 7 years as CEO first of Tata Metaliks and then of Rallis India.

In the past 17 years that he has been associated with the Mahindra Group, his key focus areas were Human Capital initiatives of the Group, the After-Market businesses whose CEO’s reported to him, Group Communications, Government Relations, CSR and Infrastructure. He served on the Boards of several Group companies including Mahindra Retail and Ssangyong Motors Korea. He was Chairman of the Group CSR Council and the Corporate Governance Cell, Member of the Governing Council of the Mahindra Institute of Quality and of the Advisory Board of Bristlecone USA.

Rajeev is a Member of the Governing Body of the International Labour Organization (ILO), Geneva and serves on the Board of the International Organization of Employers (IOE), Geneva, where he is also the Chairperson of the Future of Work Policy Group. He is a Member of the National Executive Council of FICCI (Federation of the Indian Chambers of Commerce and Industry), was a Member of the Steering Committee and Chairman of its HR Committee. He also serves as a Core Member of the Council of Global Advisors of the Yale School of Management, USA and is a Past President of the National Human Resource Development Network (NHRDN) and the Employers’ Federation of India (EFI).

Since 2008, Rajeev has been an active board member of Magic Bus India, one of India’s largest NGO’s which currently works on creating skills, competencies and livelihoods for more than 400,000 under-privileged children across the country. He is also a Director on the board of the Indian Council of Global Relations (ICGR), a not-for-profit Think Tank.

On a personal note, Rajeev was intensely involved in theatre, having acted in TV / Radio plays and semi-professional theatre in Delhi and Kolkata. He was Secretary of the Dramatic Society, St. Stephen’s College and a founder-member of Theatre Action Group (TAG), one of the erstwhile leading theatre companies in Delhi. He is deeply interested in human potential development, and the socio-cultural & economic evolution of societies. Rajeev practices yoga and reiki regularly, and his interests include past-life experiences and fire-walking. He is an avid lover of books & nature, especially the mountains.