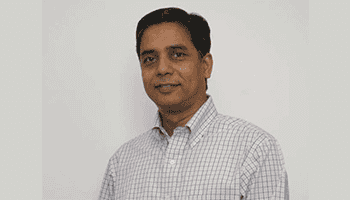 Samaresh Parida has been Independent Director of IDBI Bank Ltd. since 13 August 2018 and served as its Additional Director from 19 May 2018 to 13 August 2018. Samaresh is the Founder and Chief Executive Officer of SP Growth Consulting. He has been Senior Advisor to NABARD, Director of Strategy for Vodafone in India. He is a Senior Management professional with a proven track record of over 30 years in finance, strategy, operations and business reengineering in different sectors. He has diverse experience in India and key global markets – specifically the US, Asia, Latin America and Europe. He served as Director for Corporate Communications and Corporate Sustenance at Vodafone Essar Limited and Vodafone India Limited from March 2012 to August 2012. Samaresh served as the Chief Operating Officer of Avestha Gengraine Technologies Pvt Ltd. since 18 September 2007. He served as Finance Director of Pepsico, Inc. until 18 September 2007. He worked with PepsiCo for about two decades out of which for almost a decade he was based in the Headquarters in the US. At PepsiCo, he handled a breadth of functional areas including strategic planning, corporate finance, risk management and business process transformation as well as held strong operating positions. In his last assignment in PepsiCo, he was the Chief Financial Officer for a Strategic Business Unit in the US. He has expertise in the areas of Strategy, Consulting, Planning, Technology and Finance. He served as a Director of Shaily Engineering Plastics Limited since 1 September 2012 until 8 November 2014. Samaresh led several high-profile Acquisition/Merger and Restructuring transactions, including the high-profile acquisition of Quaker Foods, Gatorade and other major acquisitions in Mexico, Germany, Brazil, Chile, Egypt, Russia and India. Earlier, he worked with DCM Toyota and Andersen Consulting. Samaresh is a Qualified Chartered Accountant, Cost Accountant and MBA from the Indian Institute of Management, Ahmedabad.