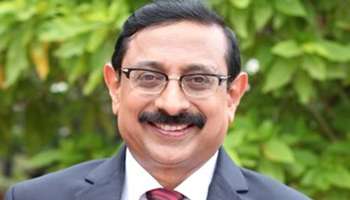 V S Parthasarathy (Partha to all) is a leader who relishes his multiple roles straddling industries and geographies as he calls them his stairway to a global mindset. It challenges him to think fast and think new. In his role as a Former Group CFO & Group CIO, Mahindra & Mahindra Limited (M&M), he facilitated Mahindra Group in accomplishing its vision of being amongst the Top 50 most admired brands in the world. He was a member of Mahindra Group’s supervisory board called “Group Executive Board”. As a Board member and an active member of the Risk Management Committee of Tech Mahindra, he also overviewed the cybersecurity strategy of the organization

Starting his career at Modi Xerox as a Management Trainee, he rose to become Associate Director at Xerox, leaving in his wake many achievements. He joined Mahindra & Mahindra in 2000 and completed eventful stints in HR, Finance, M&A, IT, and International Operations before being selected to the prestigious post of CFO of M&M.

He runs for Nanhi Kali (the Girl Child Education) at Mumbai Marathon as a Change Icon and has been adjudged as the Change Legend in Mumbai Marathon 2019 being the highest fund-raiser at that event. He is also an avid reader.