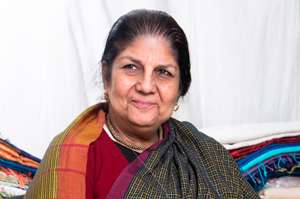 In 2009, Ṛta Kapur initiated “The Sari School” in New Delhi. The school conducts workshops for young locals, expatriate women, fashion designers and anyone who would like to learn different ways of wearing the sari. In 2011, Ṛta Kapur founded TaanBaan to preserve and enhance handspun and handwoven techniques.

Ṛta Kapur Chishti conducted her undergraduate studies in Political Science from Lady Sri Ram College. She then studied at the School of Drama. She then pursued a degree in Education from Delhi University in 1971.