You are here: Home1 / About Sadhguru 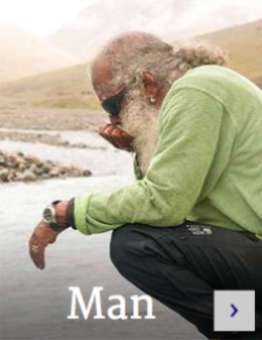 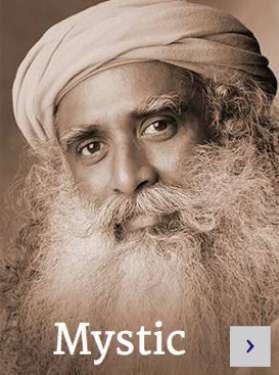 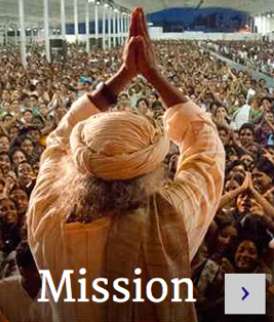 Yogi, mystic and visionary, Sadhguru is a spiritual master with a difference. Absolute clarity of perception places him in a unique space, not only in matters spiritual but in business, environmental and international affairs, and opens a new door on all that he touches.

Probing and passionate, insightful, logical and unfailingly witty, Sadhguru’s talks have earned him the reputation of a speaker and opinion-maker of international renown. He has been a lead speaker at the United Nations General Assembly, a regular at the World Economic Forum, and a special invitee at the Australian Leadership Retreat, Indian Economic Summit, and TED. His astute and incisive grasp of world affairs, as well as his unerringly scientific approach to human wellbeing have had a transformative influence at establishments such as the World Bank, House of Lords (UK), the World Presidents’ Organization, the Massachusetts Institute of Technology, the London Business School, Google, and Microsoft, to name a few.

With a celebratory engagement with life on all levels, Sadhguru’s areas of active involvement encompass fields as diverse as architecture and visual design,poetry and painting, ecology and horticulture, sports and music. He is the designer of several unique buildings and consecrated spaces at the Isha Yoga Center, which have received wide attention for their combination of intense sacred power with strikingly innovative eco-friendly aesthetics.

Sadhguru is also the founder of Isha Foundation, a non-profit organization dedicated to the wellbeing of the individual and the world for the past three decades. Isha Foundation does not promote any particular ideology, religion, or race, but transmits inner sciences of universal appeal.

SADHGURU ON BUSINESS AND LEADERSHIP 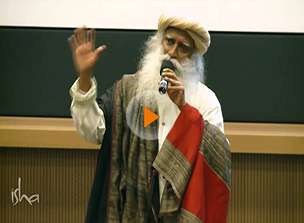 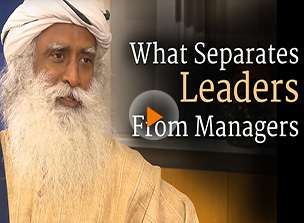 What Separates Leaders From Managers – Sadhguru at Wharton 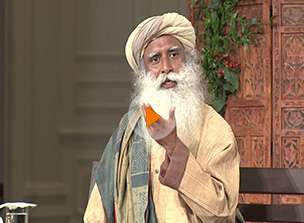 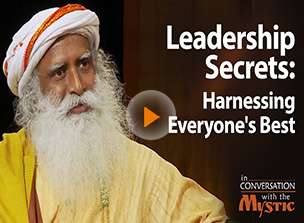 The privilege of leadership