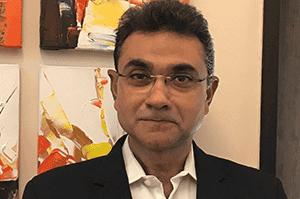 In a corporate career spanning 30 years, Ajay Kaul has worked at companies such as American Express, Lufthansa, TNT (India and Indonesia), and as a CEO of Jubilant FoodWorks for twelve years.

Ajay is now working in an advisory capacity with various companies having interests in India and abroad. His main role is that of a Senior Advisor with Everstone Capital Advisors. He also actively mentors a few startups in his personal capacity and through the Indian Angel Network.

He also founded a charitable trust to undertake socially responsible work.
Ajay has been recognized with the “Distinguished Alumnus of the Year” award by XLRI
Jamshedpur in 2014; “Outstanding CEO of the Year” award by CEO India Inc. in 2014; and as one of the “Top 100 CEOs in India” for 3 years by Business Today; The “Entrepreneur of the Year 2010” by Ernst and Young.

Ajay holds a Bachelor of Technology from IIT Delhi and an MBA from XLRI Jamshedpur.