You are here: Home1 / Balasubramanian Muthuraman 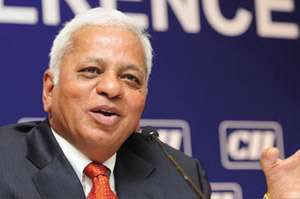 Balasubramanian Muthuraman was the Vice Chairman of Tata Steel, India’s largest steel manufacturer, and Chairman Tata International. He has been awarded the Padma Bhushan by the Indian government in 2012. He was the Chairman of CII in 2011-12 and has been an executive council member of ASPA (Alloy Steel Producers Association) since 1989, and was its Chairman from 1993-95.

Mr. Muthuraman is a B.Tech (Metallurgy) from the Indian Institute of Technology, Madras. He also holds a post-graduate diploma in Business Management with a specialization in Marketing & Finance from XLRI, Jamshedpur. He is also an alumnus of the GMP (General Management Program) at CEDEP, the European Center for Executive Development, where Tata Steel has been a Corporate Member since 1991.