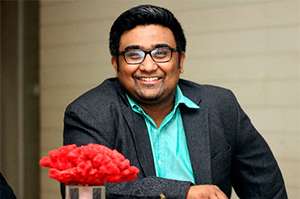 Kunal is the Founder & Chairman at FreeCharge. He started FreeCharge along with Sandeep Tandon in August 2010 with the aim to build a business that turned Recharges in to Rewarding Experiences for its consumers. In April 2015, FreeCharge was acquired by Snapdeal (India’s largest online marketplace). As a result of this, together the entity is India’s largest Mobile Commerce company with over a Million Transactions per day and a 40 Million strong user base. This also is the largest acquisition ever done in Indian Startup ecosystem; post acquisition FreeCharge continues to be an independent entity under Kunal’s leadership. FreeCharge emerged as a leader in mobile commerce in 2014, witnessing over 1000% growth and crossing over 10 million app downloads, making it the fastest growing app in the shopping category in India. Kunal also led the acquisitions of Wishberg and Preburn, two emerging technology startups, in 2014. In its journey, FreeCharge raised over $115MM of venture capital from a host of marquee investors – Sequoia Capital, Ru-Net, Sofina, Tybourne, and Valiant Capital Partners. FreeCharge is also widely known as a business concept that was specifically developed for India (not a copycat business from the West). Kunal, an avid believer in the power of free, was struck with the idea of taking the most common transaction in the country, the mobile recharge, and making it virtually free via premium coupons and vouchers from some of the country’s most desirable brands. In his spare time, Kunal is a voracious student of behavioral economics and science. He is an avid Texas Hold ‘Em poker player, and a proud college dropout from the NMIMS MBA program in Mumbai. Kunal’s current mission: to get every single Indian to experience a single transaction via FreeCharge
0 replies