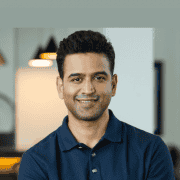 Nithin bootstrapped and founded Zerodha in 2010 to overcome the hurdles he faced during his decade-long stint as a trader. Over the last decade, Zerodha has changed the landscape of the Indian broking industry. With over 7 million clients and contributing to over 15% of the exchange retail trading volumes, Zerodha is the largest stock broker in India today. A tech-first company now, Zerodha offers innovative trading and investing solutions that appeal to a wide audience in a bid to reach those sections of society that have stayed away from the capital market so far. Nithin also started Rainmatter, an R&D fintech incubator and fund that has partnered with some of the best investment-tech startups in India. Rainmatter is focused on creating an ecosystem for spurring innovation in the financial technology industry in India. More recently, Nithin has also set up the Rainmatter Climate Foundation — an Indian climate fund providing funding to startups and grassroots organizations working on solutions to mitigate climate change. Outside of work, Nithin enjoys spending time with his family, playing the guitar, poker, basketball, and swimming. 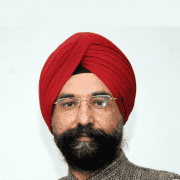 Dr. Rupinder Singh Sodhi is the Managing Director of Gujarat Cooperative Milk Marketing Federation, Ltd. (AMUL), which is India’s largest food products organization with an annual turnover of more than INR 39,247 crores during 2020–21. Dr. Sodhi has 39 years of rich experience in leading and developing the cooperative sector within the Indian dairy industry, having served dairy farmers in several capacities. He has been responsible for creating the current structure of AMUL, enabling the organization to maintain and enhance its leadership status within the Indian dairy industry. Member unions of GCMMF are procuring 250 lakhs liters of milk per day from more than 18,600 Village Dairy Co-operative societies. During his tenure as Managing Director of Amul for the last 10 years, milk procurement price paid to farmers increased by 140% (INR 337 per kg fat to INR 810 per kg fat), milk procurement by 171% (90 lakhs liters per day to 250 lakhs liters per day) and turnover by 390%. He has successfully increased the income of farmers by almost 5 times in just 10 years. For more than three decades, Dr. Sodhi has worked under the direct guidance and mentorship of the Father of the White Revolution, Dr. Verghese Kurien, and has ensured that values cherished by Dr. Kurien such as integrity, dedication, courage, honesty, commitment to farmers and to consumers, remained deeply ingrained in the culture of AMUL. Dr. Pawan Goenka worked at the General Motors R&D Centre in Detroit, U.S.A. from 1979 to 1993. Thereafter, he joined Mahindra & Mahindra Ltd. as General Manager (R&D). During his R&D tenure, he led the development of the Scorpio SUV. He was appointed COO (Automotive Sector) in April 2003, President (Automotive Sector) in September 2005, President (Automotive & Farm Equipment Sectors) in April 2010. Dr. Pawan Goenka was appointed the Executive Director and President (AFS) on the Board of the Company on 23 September 2013. He retired from Mahindra as Managing Director and CEO on 1 April 2021. Dr. Goenka is credited with building a strong R&D and a wide product portfolio for Mahindra and is also widely recognized as a statesman of the India auto industry. Dr. Goenka served on the boards of several Mahindra Group companies, both domestic and international. He served as the Chairman of Mahindra Vehicle Manufacturers Limited, Mahindra Electric Mobility Limited, Ssangyong Motor Company, Mahindra Racing UK Limited, Mahindra Automotive North America Inc., Mahindra USA, and Automobili Pininfarina GmbH. Dr. Goenka continues to serve as the Chairman of Mahindra Agri Solutions Ltd (MASL). Dr. Goenka is also an Independent Director on the Board of Sun Pharmaceutical Industries Ltd. and Bosch Limited. Dr. Goenka received several awards during his tenure at General Motors, such as the Extraordinary Accomplishment Award and the Charles L. McCuen Achievement Award from General Motors and the Burt L. Newkirk Award from ASME. He received the Distinguished Alumni Award from IIT Kanpur in 2004 and was also conferred with the Doctor of Science (honoris causa) in 2015. He is a Fellow of SAE International and of The Indian National Academy of Engineers and a Member of the National Academy of Engineers, USA. In January 2011, Dr. Pawan Goenka was honoured with the Automotive Man of the Year Award by NDTV Car & Bike. In December 2011, he featured as Autocar Professional’s Man of the Year. He was conferred the ‘CV Man of the Year’ by the Apollo CV Awards 2012 in recognition of his extensive contribution within the automotive industry in India and globally. Dr. Goenka has been awarded the 2016 FISITA Medal of Honour, which is bestowed for his ‘particularly distinguished achievement and leadership in the global automotive industry’ and is the only Indian to receive this prestigious recognition. In February 2020, he was presented with the Lifetime Achievement Award by Car India & Bike India, for his leadership and commitment towards the progress of the Indian automotive industry. In March 2021, Dr. Goenka was conferred with the Param Shreshth Award by Car & Bike and honoured with the Lifetime Achievement Award by Autocar India for his contribution to the Indian auto industry. Dr. Goenka is the Former President of SIAM, of the Society of Automotive Engineers India, the ARAI Governing Council, and has also served as a Board Member of National Skills Development Corporation (NSDC). He is currently a National Council Member of Confederation of Indian Industries (CII) and the Chairman of the National Mission on AtmaNirbhar Bharat of CII. He is serving as the Chairman of the Board of Governors of IIT Madras and IIT Bombay. He is the Chairperson of the Steering Committee for Advancing Local Value-Add and Exports (SCALE), an initiative under the Ministry of Commerce & Industry. Dr. Pawan Goenka has completed 66 years of age. Dr. Goenka earned his B. Tech. in Mechanical Engineering from IIT, Kanpur and Ph.D. from Cornell University, U.S.A. He is also a Graduate of Advanced Management Program from Harvard Business School.

Yogi, Mystic & Founder of Isha Foundation Sadhguru’s inclusive vision for human wellbeing, spurred him to establish the Isha Foundation, a public service organization. Started 30 years ago and run by over 2 million volunteers today, Isha has grown from its grassroots origins in southern India to a global presence with centers in over 150 cities worldwide. Through life-transforming yoga programs and meticulously crafted social, health, and environmental initiatives, Sadhguru’s widespread impact earned him a place among India’s 50 Most Influential People (India Today, 2011). Sadhguru’s mastery of the yogic sciences enables him to customize methods offered in Isha Yoga programs for each individual who participates, with the aim to make life effortless and joyful. Research studies done on practitioners of Inner Engineering; Isha’s flagship yoga program, have shown significant health benefits including relief from chronic ailments like asthma, blood pressure, and diabetes. In addition, studies suggest that participants have enhanced capabilities in learning, creativity and intellectual sharpness.