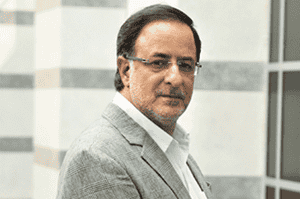 Abhay is a Country Head in HDFC Bank covering businesses of Private Banking, Retail Liabilities, Digital Banking & International Business. He has more than 30 years of experience, 22 years being in the bank and is considered to be one of the Wizards of Dalal Street.

He has a multi-disciplinary profile where he started off in the National Defence Academy at Khadakwasla, from where he joined the air force. After that he started off in Mumbai selling lamp shades, STD disconnectors and CCTV cameras before a break in Citibank.

Abhay, then became a member of the core promoter group of HDFC Bank. He initially focused on investments and gradually expanded into private banking business and the investment product distribution business where he played a pioneering role in the industry and built a market leadership position for HDFC Bank. He is also a director in HDFC Securities.