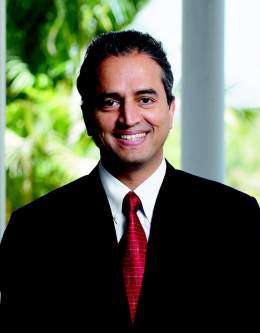 Chairman and Founder, Narayana Health Dr. Devi Prasad Shetty is an Indian philanthropist and a cardiac surgeon. He is ithe chairman and Founder, Narayana Health (Narayana Hrudayalaya is now Narayana Health). After completing his graduate degree in Medicine and post-graduate work in General Surgery from Kasturba Medical College, Mangalore, he trained in cardiac surgery at Guy’s Hospital in the United Kingdom. He returned to India in 1989 andinitially worked at B.M. Birla Hospital in Kolkata. He performed the first neonatal heart surgery in the country on a 9-day-old baby named “Ronnie” 1992 – a successful operation in medical history. In Kolkata he operated on Mother Teresa after she had a heart attack and subsequently served as her personal physician. After some time, he moved to Bangalore and started the Manipal Heart Foundation at Manipal Hospitals, Bangalore. He has performed over 15,000 heart operations. He has leveraged economies of scale to provide affordable healthcare. He was awarded the Padma Shri, the fourth highest civilian award, in 2004,followed by the Padma Bhushan, the third highest civilian award, in 2012, by the Government of India for his contribution to the field of affordable healthcare.
I'm Interested