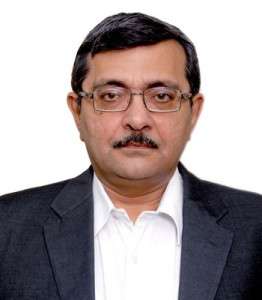 After having spent about three years with the Tata Administrative Services, Hasit has spent about 16 years with the Unilever Group of companies in India and held positions of increasing responsibility in commercial, sales, marketing and business management functions. He joined the pharmaceutical business of Johnson & Johnson Ltd., as President & Executive Director in October 2001, a position he held until August 2006. Hasit was also the Chair person for the Corporate Contributions Programme, as well as the lead for Government Affairs for the Johnson & Johnson group of businesses in India.

In October 2006, Hasit was appointed Vice President, South Asia
and Managing Director India with GlaxoSmithKline Pharmaceuticals Ltd. (GSK) and formally took over on 1st January, 2007. He served as Chairman of GSK Bangladesh from 2007 to 2010. He was promoted to Senior Vice President, South Asia and Managing Director, India in December 2012. He also has oversight for Nepal and is the Chairman of GSK Sri Lanka.
Dr. Joshipura is the President of Bombay Chamber of Commerce and Industry (BCCI) and has been serving as a member of the Board of Governors of VJTI since 2009. He served on the Board of Governors of the Indian Institute of Management, Ahmedabad (IIMA) from 2009 to 2013 where he was a member of the Search & Selection Committee for the new Chairman as well as the new Director. He also chaired the Finance Committee of the Board. Dr. Joshipura was one of the Vice Presidents of the Organization of Pharmaceutical Producers of India (OPPI) from October 2010 to September 2013. He is an Adjunct Faculty at IIMA and a Visiting faculty at School of Management, IIT, Mumbai. He also frequently lectures students of Wharton School of Business.