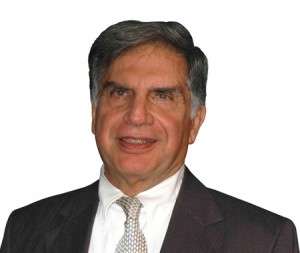 Ratan N Tata was the Chairman of Tata Sons, the holding company of the Tata group, from 1991 till his retirement on December 28, 2012. He was also chairman of the major Tata companies, including Tata Motors, Tata Steel, Tata Consultancy Services, Tata Power, Tata Global Beverages, Tata Chemicals, Indian Hotels and Tata Teleservices. During his tenure, the group’s revenues grew manifold, totalling over $100 billion in 2011-12.

Mr Tata is also associated with various organisations in India and overseas. He is the chairman of two of the largest private-sector-promoted philanthropic trusts in India. He is a member of the Indian Prime Minister’s Council on Trade and Industry. He is the president of the Court of the Indian Institute of Science and chairman of the Council of Management of the Tata Institute of Fundamental Research. He also serves on the board of trustees of Cornell University and the University of Southern California. Mr Tata serves on the board of directors of Alcoa, and is also on the international advisory boards of Mitsubishi Corporation, JP Morgan Chase, Rolls-Royce, Temasek Holdings and the Monetary Authority of Singapore.

Mr Tata received a Bachelor of Architecture degree from Cornell in 1962. He worked briefly with Jones and Emmons in Los Angeles before returning to India in late 1962. He completed the Advanced Management Program at Harvard Business School in 1975.

The Government of India honoured Mr Tata with its second-highest civilian award, the Padma Vibhushan, in 2008. He has also received honorary doctorates from several universities in India and overseas.