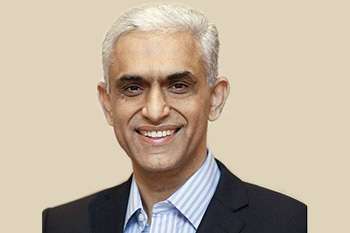 Mr. Ravi Kirpalani has been Chief Executive Officer of India at ThyssenKrupp AG since July 1, 2016. Mr. Kirpalani provides ongoing support for the strategic development of all thyssenkrupp’s business in India. Prior to joining thyssenkrupp he spent over 16 years at BP where he held a number of roles in India and in the UK. He has almost 30 years of experience in Sales, Marketing and Strategy. He served as Managing Director of Castrol India Ltd. from April 27, 2013 to October 12, 2015. Mr. Kirpalani served as the Chief Operating Officer and Director of Automotive at Castrol India Ltd. from May 1, 2009 to April 26, 2013. He joined Castrol India Ltd. in 1999 as the General Manager, East and was promoted in 2002 to Vice President, Sales. In 2004, he was appointed as the Customer Director for India, Middle East, Turkey and Africa. In 2005, he moved to the UK as the Transformation Director and was a member of the global strategy team. Mr. Kirpalani played a key role in the implementation of the global strategy. Prior to Castrol, he worked for Reckitt Benckiser for 12 years, in various roles and for a leading consumer products company in Muscat, Oman. Mr. Kirpalani served as a Whole Time Director of Castrol India Ltd. since May 1, 2009 until December 31, 2015. Mr. Kirpalani is an Economics (Hons) graduate from St. Stephens College, Delhi and holds an MBA from IIM, Kolkata.