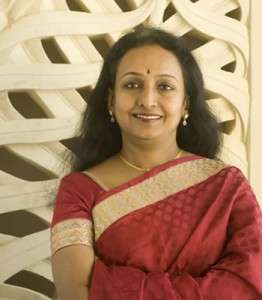 Renuka Ramnath is one of the most experienced private equity fund managers in India with a full cycle track record of investing capital raised from Institutions of global repute. She played a pivotal role in shaping the Indian private equity market both in terms of leading pioneering investments as well as opening new pockets of capital for investment into India.

For close to three decades in financial services, Renuka successfully built several businesses in the ICICI Group including Investment Banking, e-commerce and private equity. As the MD & CEO of ICICI Venture for close to a decade, she led that firm to become one of the largest private equity funds in India.
Renuka turned an entrepreneur to set-up Multiples in 2009. Multiples is a $ 400 million Independent private equity fund that has the rare distinction of been backed by 15 Indian and global institutions. Renuka draws immense satisfaction from the fact that she has over several years guided and supported entrepreneurs to build successful businesses and create valuable enterprises.

Given Renuka’s contribution to the industry, she has been featured in many prestigious listings, including the Top 25 Most Powerful Women in Business (Business Today, India); India’s most Powerful CEO’s (Economic Times), the Top 25 Non Bank Women in Finance (US Banker’s global list), Asia’s Women in the Mix: The Year’s Top 50 for Achievement in Business (Forbes), and most recently in the Top 25 women in Asian asset management (Asian Investor).
Multiples

Multiples is an independent, India focused private equity firm that was founded in 2009 by Renuka Ramnath. Currently Multiples manages over USD 400 million of private equity capital raised from 15 Indian and global institutions. Investors in the fund include several prestigious firms including pension funds from Canada and Netherlands, Development Finance Institutions, Indian banks and other institutional investors.
Multiples believes there are three ingredients to successful investing in India – careful selection based on conviction in the entrepreneur and opportunity; finding a solution beyond just providing capital; and mutual selection between the entrepreneur and the fund. Multiples has adopted a sector agnostic strategy and has invested in themes around new-to-market opportunities, business turnarounds and shareholder realignment / consolidation. This includes situations where Multiples has taken a minority equity position or effected a management buyout.

Multiples has successfully deployed capital across nine transactions between 2011-14. For further details please refer to www.multiplesequity.com