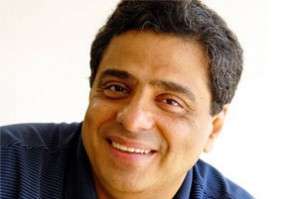 Ronnie Screwvala is a first generation entrepreneur who pioneered Cable TV in India, built one of the largest toothbrush manufacturing operations and went on to create a Media & Entertainment conglomerate – UTV – spanning Television, Broadcasting, Digital, Mobile and Motion Pictures, which he divested to The Walt Disney Company in 2012

Demonstrating an innate ability to merge creativity with commerce, Newsweek termed him the Jack Warner of India, Esquire rated him one of the 75 most influential people of the 21st Century and Fortune as Asia’s 25 most powerful.

Onto his second innings, Ronnie is driven by his interest in championing Entrepreneurship – authored a book on Entrepreneurship titled Dream With Your Eyes Open, and is also focused to build his next set of ground up businesses in high growth and impact sectors. These include U Sports focused on Kabaddi, Moto Sports and Football; U Education under the brand UpGrad that zeroes in on Online Education – in Higher Studies, Post Graduation and Specialization courses; and U Digital under the brand Arre to target the core 15-34 age group in all things digital for the 21st century.

Ronnie is also passionate about Social Welfare and is active along with his wife Zarina as Founder Trustees of The Swades Foundation, which operates with the single minded focus of empowering one million lives in Rural India every 5-6 years through a unique 360 degree model with verticals in Water, Sanitation, Health, Nutrition, Community Mobilization, Education, and most importantly Agriculture & Livelihood, to lift them out of poverty permanently.