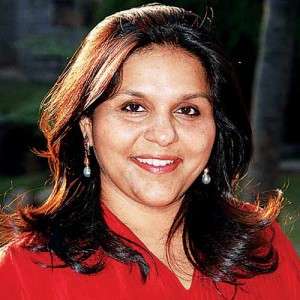 As Executive Director of the Apollo Hospitals Group, Ms. Sangita leads the Human Resources and IT functions across all divisions of the Group. Her primary responsibilities also include policy development & growth strategies, and she has been pivotal in directing operation for the entire Apollo Hospitals Group. In addition, under her stewardship, Apollo Hospitals in Hyderabad has emerged as Asia’s first Health City, and it has introduced multi-dimensional holistic healthcare to India. Ms. Reddy’s inputs are central to the structure and values of the Apollo Culture. She has been instrumental in extending community-based hospital projects, with a special focus on rural areas. One of her initiatives has been Apollo Reach, which aims to build a string of secondary care hospitals in rural areas across India. She also leads the Apollo Clinics division of the Group, aimed to enhance access. In addition, Ms. Reddy is managing director of Apollo Health Street. Under Ms. Reddy’s guidance, Apollo has become a leading offshore services firm that provides consultancy to some of the largest payers and providers in the U.S. Ms. Reddy has been a pioneer in advocating the benefit of a global delivery model – through rural hospitals , outreach camps, Telemedicine etc. Her passion to care for all has made her the ideal head for Apollo Philanthropy, an umbrella entity encompassing ‘Save a Child’s Heart Initiative’, SAHI, CURE and the Billion Hearts Beating Foundation. For more than 20 years, Ms. Reddy has worked in multiple segments of the healthcare sector. She has presented at several international forums including the World Health Congress. In doing so, she has earned the respect of international healthcare leaders and has influenced the development of healthcare information technology industry. Ms. Reddy has been elected as Head of FICCI, Andhra Pradesh division and is on the FICCI National Executive Committee. Ms Reddy has been elected as Member of the Steering Committee on Health for the Twelfth Five Year Plan (2012-2017) by the Planning Commission, Government of India. In 1998, she received the Young Manager of the Year Award from the Hyderabad Management Association, and in 2005-06 was awarded the Top Woman Entrepreneur in the Information and Communication Technology Sector. Ms. Reddy was a member of the Rockefeller Working Group, where she focused on the private sector’s role in global health care. Ms. Reddy is also a director of AHIL, PCR Investments Limited, Apollo Health and Lifestyle, Apollo Mumbai Hospitals Limited, Medvarsity Online Limited, Family Health Plan and Apollo Health Resources Limited. Sangita Reddy graduated in Science with Honors from the Women’s Christian College in Chennai, India. She had taken post-graduate and executive courses in Hospital Administration from Rutgers University and Harvard University and National Singapore University in Singapore.
I'm Interested