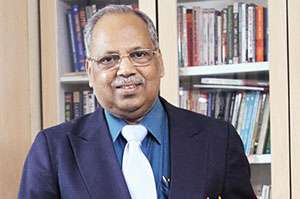 Dr. T. V. Rao is currently Chairman, of T VRLS, Ahmedabad and an Adjunct Professor at IIMA.. He was Professor at the Indian Institute of Management, Ahmedabad for over 20 years beginning 1973. While at IIMA he was Chairman of the Post Graduate Program, Fellow Program, Public Systems Group, Ravi Matthai Center and also coordinated the PGP review. He left in 1994 to serve as Honorary Director of the Academy of Human Resources Development as Honorary Director. He set up TVRLS in 1996, two years after he left IIMA. He was a Visiting Professor since then and Adjunct Professor at IIMA since 2006.

He has also worked as L&T Professor of HRD at XLRI, Jamshedpur during 1983-85. Dr. Rao is the Founder and First President of the National HRD Network, and the First Honorary Director of the Academy of HRD, India. He was also President of the Indian Society for Applied Behavioral Science (ISABS). He worked with David McClelland of Harvard University (the initiator of the competency movement) and had joint research projects with him in seventies. Dr. Rao was a Visiting Faculty at the Indian Business School, Hyderabad and as HRD Advisor to the Reserve Bank of India. Dr Rao assisted the Administrative Reforms Commission in reviewing the personnel management practices for civil services, and also served as member of the HRM Review Committee of Nationalised Banks set up by the Ministry of Finance in 2009-2010.

Dr. Rao worked as a short-term consultant to UNESCO, Ministry of Health, Indonesia, National Entrepreneurial Development Association, Malaysia and the Commonwealth Secretariat, London. Dr. Rao has designed and assisted in implementing performance appraisal and other HRD Systems for a number of organizations in India and Abroad.

Dr. Rao and Dr. Udai Pareek are credited to have established the first dedicated department of Human Resources Development at L&T in mid seventies much before HRD was known and made it popular. Dr. Rao has been working on HRD field for the last forty years.

Dr. Rao is the first to start in India a Leadership Development methodology in mid-eighties using what is later termed in the USA as 360 Degree Feedback. Dr. Rao’s HRD audit methodology is fist of its kind across the world and he started it and created a HRD Score card abed on the same. Dr. Rao has authored or coauthored or edited over thirty books dealing with HRD, Education Management, Health and Population Management, Entrepreneurship Development etc. Dr. Rao has won several awards for his outstanding contributions to HRD.

Dr. Rao has several publications including over 50 books on various themes relating to Education, Health and Population management, Behavioral Sciences and HRD.