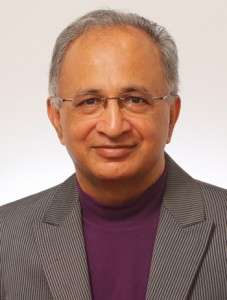 Thyagi’s 38 year global career with GlaxoSmithKline culminated in his role as Regional Director & Senior Vice President for Asia Pacific based in Singapore , a position he held from 2003 till his retirement in 2008.Prior to this, he had worked in several senior roles in India , Europe, Middle East , Africa and Asia Pacific. This included roles as Marketing Consultant for Europe and the CEO of GSK Pharmaceuticals India, a publicly listed subsidiary of GSK Plc , UK. Thyagi is currently Non-Executive Vice Chairman of of GSK Pharmaceuticals India , and an Independent Director on the Boards of Tata Consultancy Services , India’s leading software Company; Varian Medical Systems Inc ,USA , a world leader in medical devices/radiation therapy ; the Murugappa Group , a family owned Indian conglomerate. He is also involved with two venture funded start-up companies in Bangalore.

Over the years Thyagi has established a strong track record in strategy , operational management and leadership development and brings to the table a unique East-West perspective having worked for a global corporation in both developed and emerging markets , coupled with an in-depth knowledge of Asia.

Thyagi has been based in Singapore for the last 17 years with his wife and two daughters.