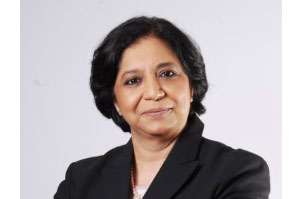 Vanitha Narayanan is the Managing Director of IBM India Private Limited, and the Regional General Manager for India/ South Asia (ISA). Appointed to this leadership position in January 2013, she is responsible for all of IBM’s sales, marketing, services and global delivery operations in the India/South Asia region, including operations in Bangladesh, Nepal and Sri Lanka. India remains one of the fastest growing countries for IBM and has emerged as a strategic location within the company’s global services delivery network.

Having joined IBM in the US in 1987, Vanitha has over 28years of experience working with multiple client sets and in several countries. Since 2009, she has been a part of the IBM ISA business, serving in roles as the Vice President of Sales & Distribution and then as the Managing Partner for Global Business Services (GBS). Prior to this, she has served as the Vice President of Communications Sector, Asia Pacific, and the Global Vice President for IBM’s Telecom Solutions & Partnerships.

Vanitha was the first woman chairperson of AMCHAM India(2015-2016) and continues to serve as a member on the National Executive Board. In addition, she is a member of the National Council of Confederation of Indian Industry (CII) since 2013, Co-Chair of National Committee for MNCs of Confederation of Indian Industry and also the Chairperson of the board of governors for National Institutes of Technology (NIT) heading NIT – Suratkal. Vanitha is also one of the Directors of Catalyst India Advisory Board.