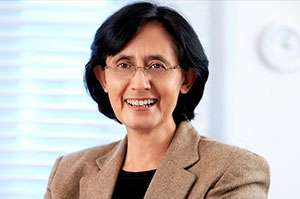 Ms. Vinita Bali, served as Chief Executive Officer of Britannia Industries Limited from January 3, 2005 to March 31, 2014 and served as its Managing Director from May 31, 2006 to March 31, 2014. Since Vinita joined Britannia as CEO in 2005, the company almost doubled its turnover in just four years, growing at an annual rate of 23%, as compared to the previous three years’ 10-11% growth. She has led Britannia’s charge beyond its core biscuits business into categories such as dairy and bakery, and moved into international markets with Britannia’s range of products.

She received her Bachelor’s Degree in Economics from LSR at the University of Delhi and her MBA at the Jamnalal Bajaj Institute of Management Studies at Bombay University. She pursued postgraduate studies in Business and Economics at Michigan State University on a scholarship from The Rotary Foundation, and was selected to work as a Graduate Intern at the United Nations headquarters in New York. She started her career with Voltas Ltd.-a Tata Group company focusing on consumer products, where she launched Rasna soft-drink concentrate. In 1980, Vinita joined Cadbury India. The Coca-Cola Company chose her as its worldwide Marketing Director in 1994 where she was responsible for the worldwide strategy for Coke. In 1997 she took over as Vice President of Marketing for Latin America, and in 1999 relocated to Chile as President of the Andean Division with sales in excess of US$1bn. In 2001, she was made a corporate officer of The Coca-Cola Company and appointed Vice President of Corporate Strategy reporting to the Chairman. After a nine-year association with Coke, Vinita joined her mentor at Coke, Sergio Zyman at the Zyman Group in July 2003 as a Managing Principal and Head of the Business Strategy practice in the company’s Atlanta office. As a member of the company’s Board of Managers, Vinita shared responsibility for developing and managing Zyman Group’s consulting business.