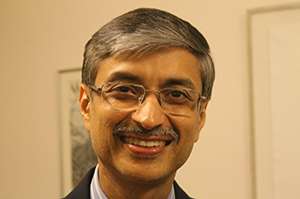 Yuri is currently Global Vice President at Unilever – one of the world’s largest consumer product companies. He is responsible for Unilever’s global water purification business. In a context where 80% of human diseases are waterborne, Yuri started up Unilever’s drinking water purification business with the central purpose of finding a scalable and sustainable way of protecting human lives with safe drinking water. He entrepreneurially built up this business from scratch on the back of a whole series of innovative and creative breakthroughs – covering every facet of business from technology, to product design, to marketing, to business models, and to partnerships. Starting from a small test operation in Chennai city in 2004, this new business has now spread across innumerable countries in Asia, Africa and Latin America, and has already protected over 50 million people globally with safe drinking water. As a result today, Unilever’s water purifier brand ‘Pureit’ is the world’s largest selling drinking water purifier. In April 2014, the TV channel CNN-IBN televised a series highlighting the top 14 innovative breakthroughs in India over the last few decades that have visibly transformed, at large-scale, the lives of people in India – and ‘Pureit’ was chosen to be one of these exemplary initiatives. Earlier in Sep 2012, Yuri was profiled in the Harvard Business Review as one of four leading ‘catalysts’ in global innovation. The business he leads was awarded the UK government’s first innovation award ‘iaward’ in 2009; and has also won a range of other innovation awards including the Golden Peacock innovation award four times. The Harvard Business School has also created a case-study on ‘Pureit’. Yuri is an engineer from IIT Delhi, and a post-graduate from IIM-Ahmedabad. He has two children.
I'm Interested